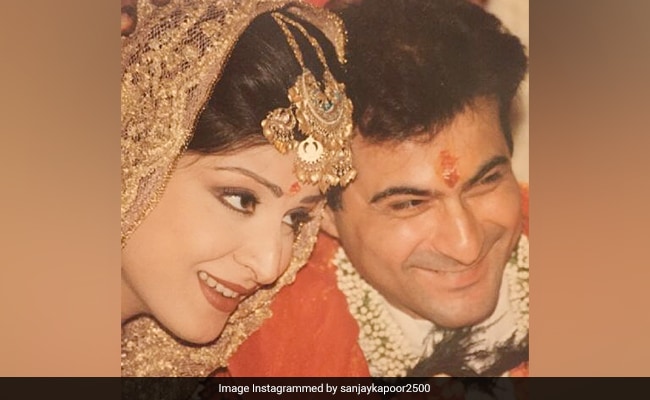 She was also asked how her nephew Arjun Kapoor and his girlfriend Malaika Arora would make up after a fight, Maheep said, “I think Malla (Malaika Arora) would wear something sexy and dance.”

The Fabulous Lives Of Bollywood Wives star was also asked “a celebrity Sanjay can get a free pass for.” Maheep’s answer: “It has to be someone really hot. So, Katrina. She may not want to but I would give her the pass.”

Sanjay Kapoor and Maheep Kapoor got married in the year 1998 and they are parents to Shanaya Kapoor and Jahaan Kapoor. Sanjay Kapoor made his debut in the 1995 film Prem opposite Tabu. He is known for his work in films such as Raja and Sirf Tum, among others. Sanjay Kapoor was last seen with his Raja co-star Madhuri Dixit in Netflix’s The Fame Game.

Maheep Kapoor famously starred in both the seasons of the Netflix reality series Fabulous Lives Of Bollywood Wives. Maheep and Sanjay Kapoor’s daughter Shanaya is set to make her big Bollywood debut with the film Bedhadak, which will be directed by Shashank Khaitan and it will be produced by Karan Johar. Shanaya Kapoor began her career as an assistant director with the 2020 Netflix film Gunjan Saxena: The Kargil Girl, which featured her cousin Janhvi Kapoor in the lead role.