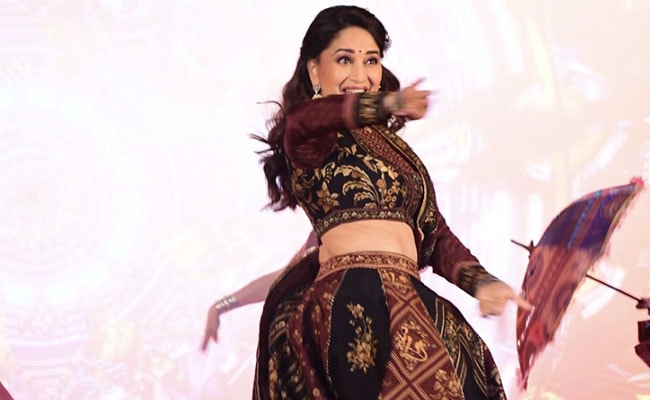 Madhuri Dixit, who is all set for the release of her film Maja Ma on October 6, mesmerised her fans with her special dance performance at the film’s trailer launch event in Mumbai last night. The actor, who chose to wear a maroon lehenga for the event, set the stage on fire with her flawless dance moves. Madhuri danced to the song Boomi Padi from her film Maja Ma. Many are trending the actor’s pictures and videos on social media from the event last night.

Take a look at her dance video shared by a fan on Twitter:

Fans also shared her pictures from the trailer launch event and expressed their excitement to watch Madhuri’s upcoming film. Others praised her performance in the song Boomi Padi

Check out their posts here:

Every thing is so good about #BoomPadi The costume
The set
The choreography
The vibe
The energy
The music
The accessories
N above all The #MadhuriDixit 😍😍😍😍😍#MajaMaOnPrime#MajaMapic.twitter.com/q2LD3KSeFs

Madhuri Dixit, who has worked in several Bollywood films since her debut in 1984, has made many fans over time for her beauty, dancing skills and strong character. Madhuri’s Ek Do Teen still remains people’s favourite.

Madhuri’s upcoming film Maja Ma will stream on Amazon Prime Video. The film billed as a family entertainer is directed by Anand Tiwari.

In the film, Madhuri will play the role of a middle-class mother. The film also features Gajraj Rao, Barkha Singh, Sheeba Chaddha and Srishti Srivastava among others.

Check out the film’s trailer here:

Other than films, Madhuri Dixit also appears on the reality dance show Jhalak Dikhla Jaa as its judge along with Karan Johar and Nora Fatehi.

The actor is married to Shriram Madhav Nene. The couple are parents to sons Arin and Ryan Nene.